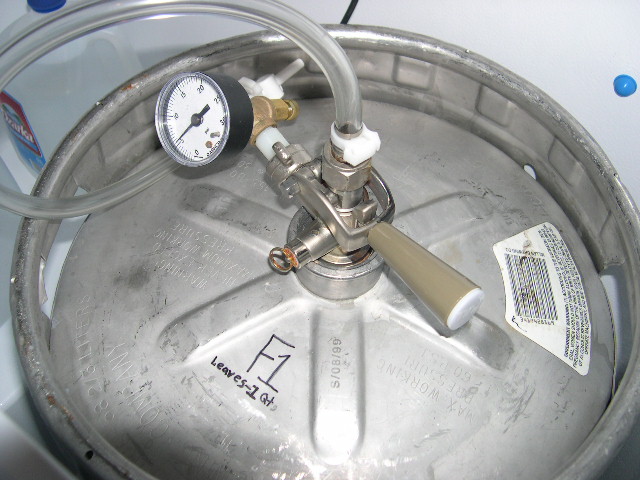 Don't forget to check out Poindexter's Spunding Valve Video in this link.

To Spund is German for bung, meaning to close up or seal. Spunding in brewing refers to the act of closing off a vessel containing beer or wort and allowing pressure to build inside the liquid. This is useful in the natural carbonation of a beverage such as beer. The spunding valve is a device consisting basically of a pressure gauge to show vessel pressure, and some way to release unwanted excess pressure from that vessel. Normally something such as an adjustable back-pressure relief valve is used to control a set pressure, venting any excess gas out of the vessel. 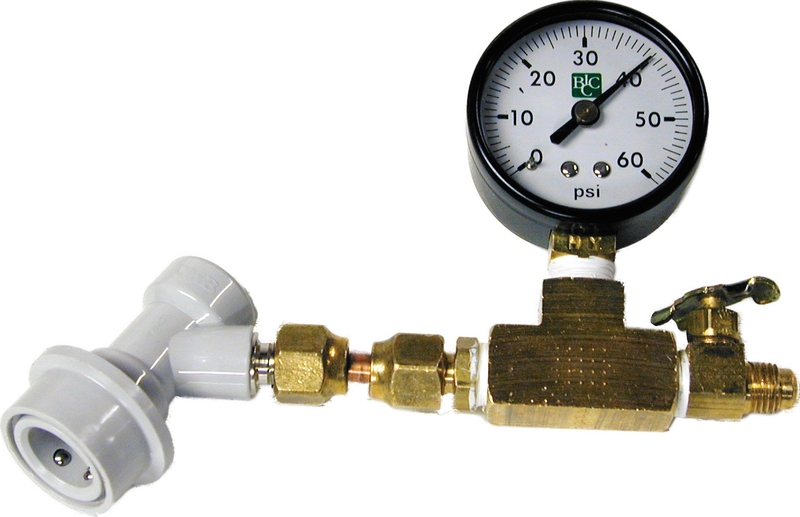 In this picture a simple on/off valve is used when venting, so there can be many variations on the broad idea.

Spunding valves help the brewer by allowing natural carbonation to build up. This happens inside a fermenting beverage when the vessel is sealed up toward the end of primary fermentation, or after the beverage is transferred to another vessel containing more fermentable sugar for carbonation during a secondary fermentation. Transferring or racking into another vessel containing fermentables after primary fermentation is complete is known as priming. This, is a really good article on spunding I found on the web while doing my research. Here, is a really good article where Kaiser talks about transferring or racking beer from one keg to another under pressure or "counter-pressure".

Also used in conjunction with the Closed-System Pressurized Fermentation technique.

Sources about spunding and to some brewers who use this device:

If you or someone you know uses a valve like this, please feel free to edit yourself into the Wiki. This is a spot where the more the merrier really counts.